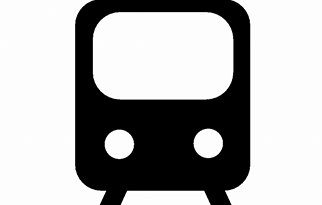 Will housing and property prices swell with the inner-west’s latest addition? Experts say, “Yes and How!”

The opening of the new light rail extension is fast approaching and neighbouring residents are buzzing with speculation about how this new addition will affect the community. High on the list of topics mulled over an espresso at Sideways cafe (bordering the new Arlington stop) are the ways the multi-million addition will effect housing prices.

Reports from Realestate.com.au seem to overwhelmingly suggest that property owners in along the new light rail extension are sitting on a gold mine!

Figures from Realestate.com.au have revealed Dulwich Hill is now classified as a “high demand market” following the announcement of the $176 million project to extend the line from Lilyfield to Dulwich Hill.

The data also found 42 people are looking at each property in the inner west compared to the state average of 21 people per property – news.com.au

During a nine month period over 2013 median property prices in Dulwich Hill jumped from $765,000 to $1.3 million — a lofty leap over a short period of time in anyone’s estimation!

The light rail is only one of many contributing factors adding to the growth of the area. Dulwich Hill, Lewisham and Summer Hill have long been family favourites but as younger people are priced out of trendy Surry Hills, Newtown and Erskinville the inner-west’s comparatively lower rents and property prices, featuring more bang for your buck when it comes to space, have been luring the 20-35 market in droves.

The area is changing to suit the demands of this younger generation. One of the most hyped examples of the changing area is the latest re-vamping of, inner-west institution,  The Oxford Tavern. The former strip joint, though beloved by a dedicated fan-base of locals and passing-through truckers, in its previous visage was a less than desirable drinking hole for the young family & student set. Long gone is the T&A replaced by an on-trend menu of Americana dining, palm-filled beer garden and retro seating.

The latest reinvention of this local by the kids at Drink ‘N’ Dine, a group known for their hold of pubs and dining around the eastern suburbs, is symbolic of the gentrification of the area. Dulwich Hill’s local public high school is now a selective arts and design school, competing with Newtown’s High School of the Performing Arts for enrolments; and increasingly hip cafes are filtering down from King Street into Marrickville, Petersham, Lewisham, Haberfield and Summer Hill.

Essentially, if you’re sitting pretty on some property in the inner-west right now, hold tight, cause everything’s coming up roses, daffodils and multi-million sales.

Want to know more about the new light rail extension? Here you go.

The Inner West Light Rail Extension demonstrates how the NSW Government intends to make light rail a big player in Sydney’s public transport system. This upgrade will connect the current light rail service that operates from Lilyfield to Central and extend it along the former Rozelle freight rail corridor deep into the inner west and Dulwich Hill.

The daily commuter is a big winner with this new upgrade but for anyone who works, lives or visits Sydney, they are also going to benefit. Some of these upgrades include: connections to entertainment districts such as Paddy’s Markets and Capitol square, ability to take bikes for easy change between stops, encouraging sustainable/healthy travel options and relieving the pressure of Sydney’s buses and trains.

Construction began in November 2012 and all nine new stops are currently being built. The NSW government estimates that all services will begin operation in early 2014 but for the most up-to-date information about construction activities, take a look at the Current works page.

With this fantastic new upgrade now is a perfect time to invest in the Inner-West property market. If you’re interested in reading more please read our previous blog article: